Castlewood, South Dakota
Email Us At
americlc@itctel.com
Call Us At
605-793-2444
Donate Now 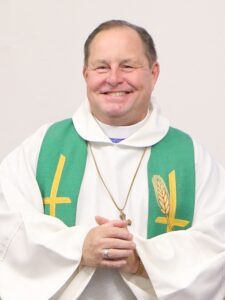 Pastor Tom Christenson began his ministry with American Lutheran (NALC) in August of 2021. Pastor Tom and his wife Janet have three children. He holds an undergraduate degree from the University of South Dakota and his Master of Divinity from Luther Northwestern Theological Seminary. He has been a rostered pastor of the North American Lutheran Church (NALC) and Lutheran Congregations in Mission for Christ (LCMC), since 2011. He has previously served parishes in Hecla, Watertown and Huron, in addition to past service as an infantry soldier, then as a Chaplain in the Minnesota Army National Guard.

If you would like to be notified of new posts subscribe to ALC’s Latest News and you will be notified by email.  You can unsubscribe at any time.